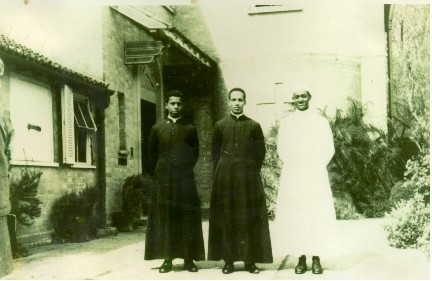 In the early 1950s the Blackfriars community in Cambridge was host to a number of young Ethiopian abbas (priests) of the Catholic Ge’ez rite. From 1974 communication with Ethiopia became very difficult: the country was engulfed by revolution and civil war, huge and devastating famines in the 1970s and 1980s and a war with Eritrea on the northern border. In 1999, a member of the Blackfriars congregation, the late Dr Jean Grove, proposed that we should try to remake links with these old friends, and find some way of being useful in their country. The Jean Grove Trust was formed, and Fr Aidan Nichols OP and one of the Trustees made a visit to Ethiopia to meet with the abbas and their bishops and talk about the ways in which we could help. The Trust is run by a committee of members of the Blackfriars congregation, advised by Fr Aidan and Dick Grove, Jean’s widower, like her a Cambridge geographer who has much experience of Ethiopia.